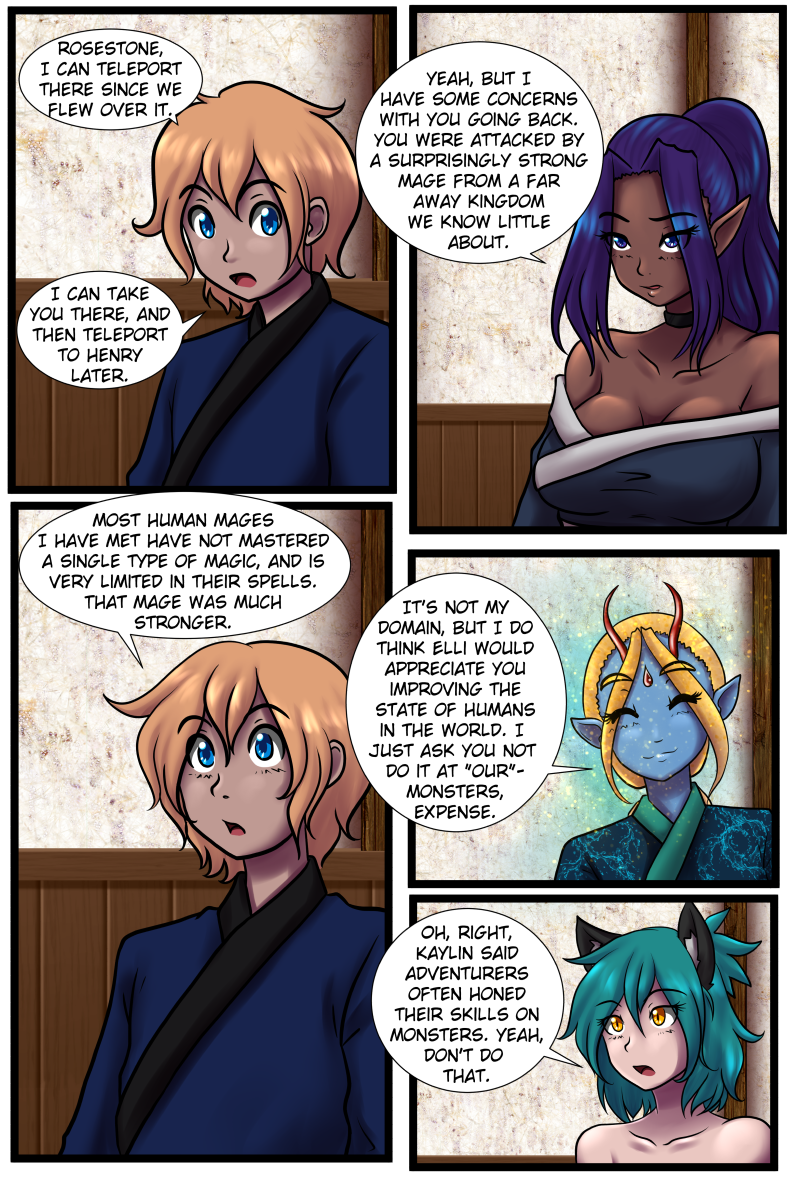 I would like to promote the improvement of humans, but don’t slaughter monsters to do it. Though- when Kaala and Nyna talk about “monsters” they mean those generally capable of functioning in their society. Certain “monsters” are categorized as pests. Creatures not smart enough to maintain relations with other creatures or who have features that make them impossible to live with, and often are created through spawning rather than more- traditional methods. Also important to remember, to Kaala and Nyna they are monsters- but they aren’t “monsters” like IRL we refer to a horrible person as a monster because they are capable of doing monstrous things. Monster to them is the name their species are labeled as without the negative connotations.

Is exp gain intrinsically tied to killing, or would training or even ritual combat arena duels work?

There are other ways to gain XP, it’s just combat XP is usually the most efficient. Non-lethal training does provide XP up to a point and is also slower than actual combat.

So fishermen aren’t all max level, how very not mmo of this game world.

Is it like Skyrim where doing anything can give you EXP?
Sneak around someone raising Stealth, forging knives raising Smthing, picking flowers and brewing potions raising Alchemy ect?

Training is training and that’s all well and good but a real opponent won’t follow ‘the book’ and tailor their attacks to let you practice certain things without injuring yourself or them.
Like the man said “every plan you made goes out the window with the first punch in the mouth”
So while sparring might give you some practice, it doesn’t really count towards experience fighting monsters or other adversaries and probably wouldn’t give full credit to levelling, otherwise we’d see fighters levelling up to maximum without ever seeing a monster.
The same might be said for mages, hours of study and practice learning new spells and techniques are one thing, learning to ‘fight on your feet’ and use the right magic at the right time without hesitation in combat is entirely different, hence the lack of ‘levelup libraries’ 🙂