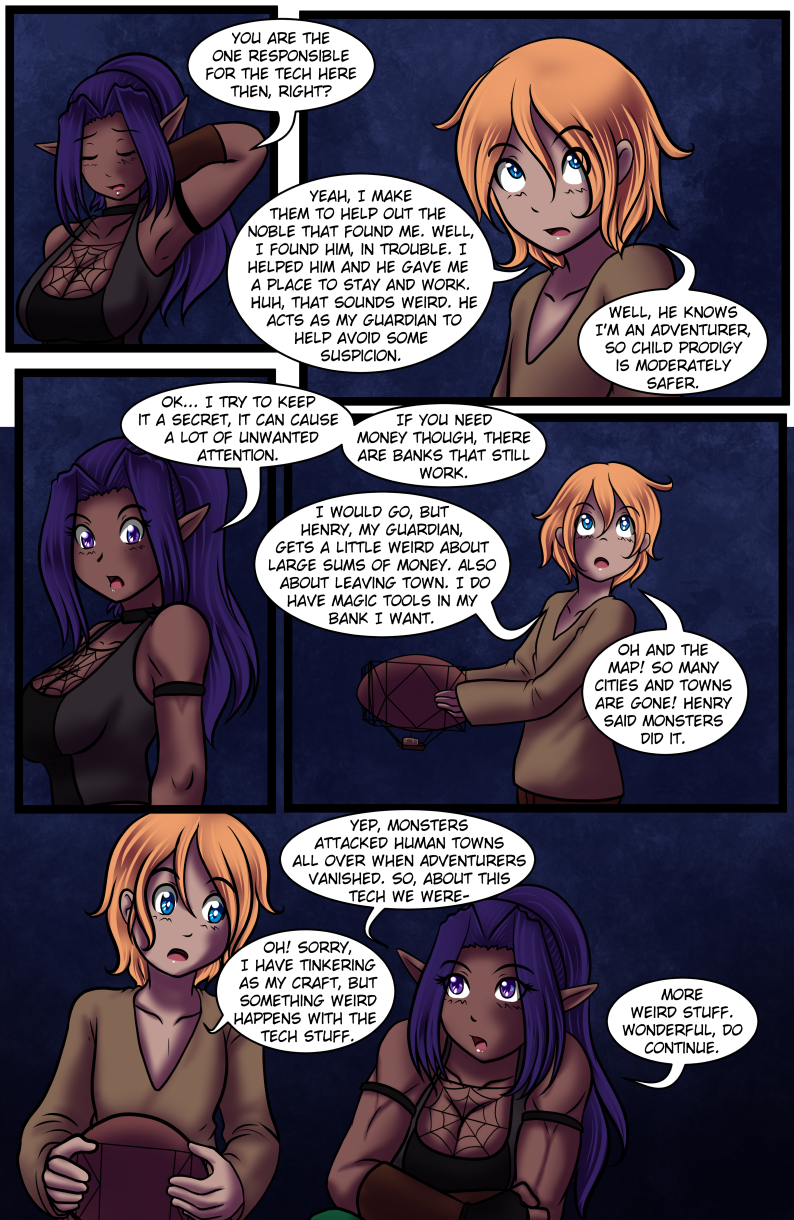 This one contains a lot of exposition. I know the saying “show, don’t tell” but this is all stuff they would talk about. If I went with “show, don’t tell” then we would just get some boring drawn out scenes of people learning about things they should have known about sooner. Things here need to be hit on again eventually though to punch the points in. I have to make sacrifices sometimes and wrapping up the history of a kid who has been trapped here for 2 years into one and a half comics was a lot better choice IMO than spending 6 comics on it. This also helps with showing Callum’s personality. He can easily get lost in thought and has a lot of experience living in this world. He’s really smart for his age, but still a kid with some mental trauma.

Sometimes you show, sometimes you tell. It all depends on what the story needs. I think it’s fine and as you said these are the things they would discuss. With all the words your art still shines beautifully. Thank you for all your hard work on this and Yosh!

just found your comics again, and wanted to say thanks for sharing the ITV us!

Speculation, but in the same way that Mike’s space stuff all turned into game item equivalents when he got too close – perhaps what we are seeing here is that Callum’s newly created machines reach the threshold of becoming different items as well, and start behaving as such.

I wonder if gunpowder stopped working, or stuff like that.