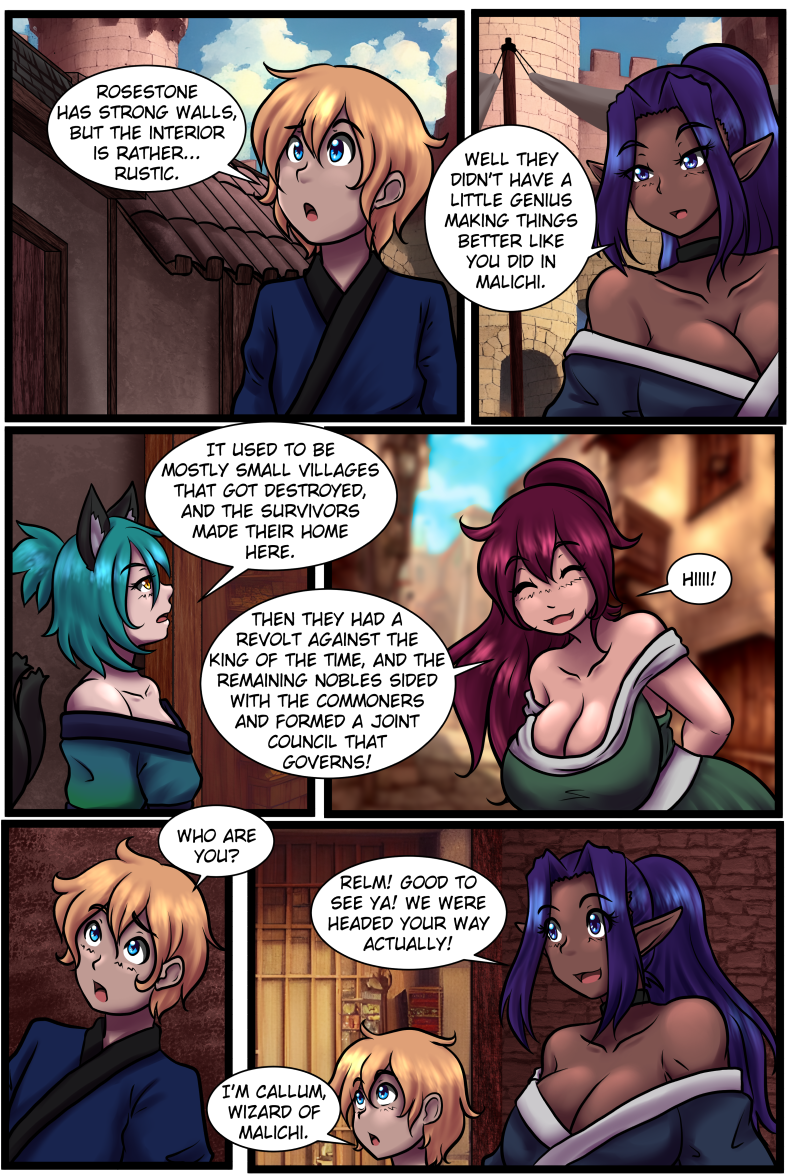 I thought about them changing clothes to go to Rosestone, but then I thought, but Nyna isn’t going to change, so if they were together it makes more sense for them to wear the same style. Also – Some unexplained lore! Kaylin’s armor is Glamoured. Also called Transmog, she has some items that let her make her armor appear as a type of clothing or other armor. Normally those items were destroyed after use, but, now they seem to be self recharging. Had to cut that scene back at the time when she got the yukata to begin with. It has the same stats and abilities as her old spider-web leather top. The bracers are different, still protective, but not the same abilities.

I like the way Kaylin wears her Yukata, but i also have to ask: does she use double-sided tape or how does it stay in place?
Because that cleavage seems to defy all laws of physics, except for the law of attraction, i FEEL IT WORKING!

It’s a game world so sometimes things aren’t affected by ALL physics. So gravity won’t always cause clothes to fall to their lowest point, but if someone were to just grab her top and pull it down, it would be affected by that physical force. This is also useful for style choice, you could choose to have an outfit slide down the shoulder a bit more on one side over another, and once you set it like that- it stays till you adjust or change it. If you wear something very loose, you can have it slide over time with actions as you move around- but have it stop at a set point!

A wardrobe cheat, cool.
I´m not big on fashion, but i know plenty people who would KILL for that XD

In 3D models, when you have a clothing wireframe on top of a skin wireframe, if the physics aren’t set properly, the two wireframes ignore collisions and the inside pokes through the outside.

this looks like it’s going in a good direction