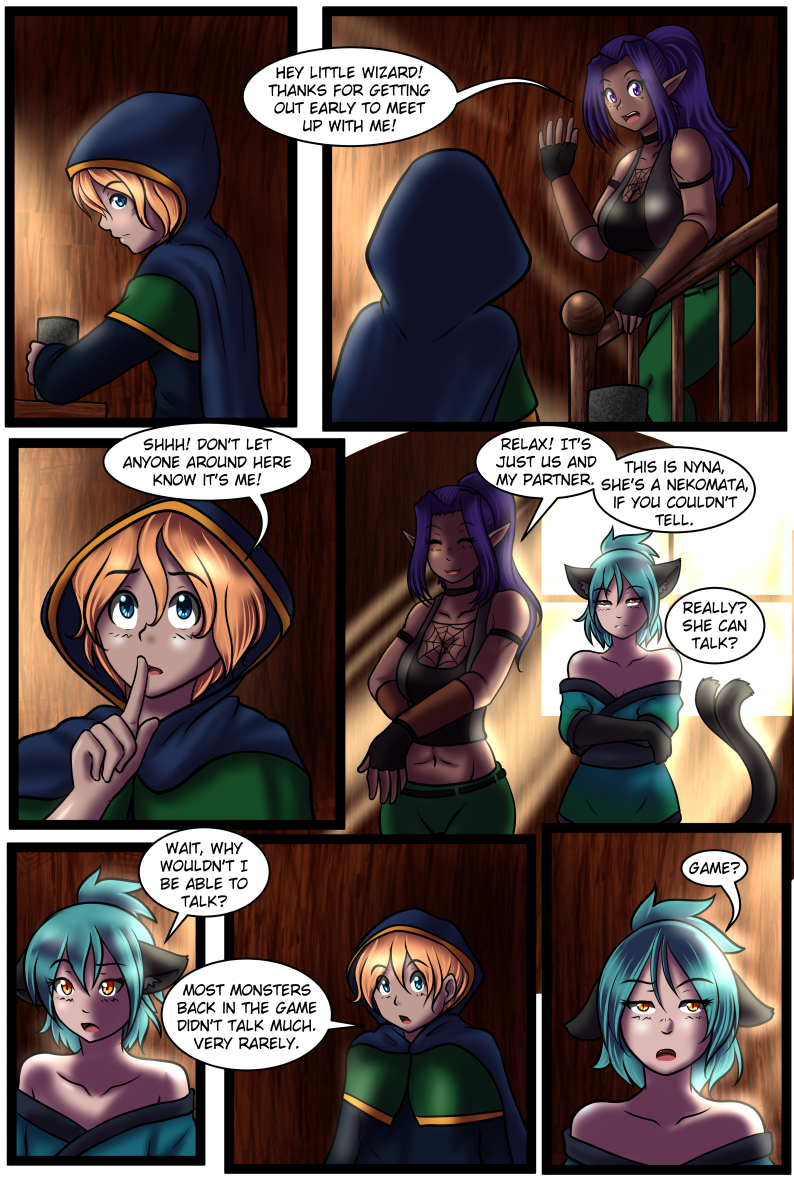 Playable races as NPC bad guys would talk, some monsters in events or special monsters could talk. But even a lot of the humanoid monsters didn’t often start conversations in battle- and it was rare for one to not be in battle if an adventurer was there. Thus- more of the same NPC protocols appear to have been applied to monsters. Kaylin didn’t find it all that strange though because in her history, back talk with monsters was pretty common, she even talked to them when they couldn’t because- it’s how she role played her character while streaming.

That will be hard to explain, at least if they actually try to.

You could say the nekomata is out of the bag.