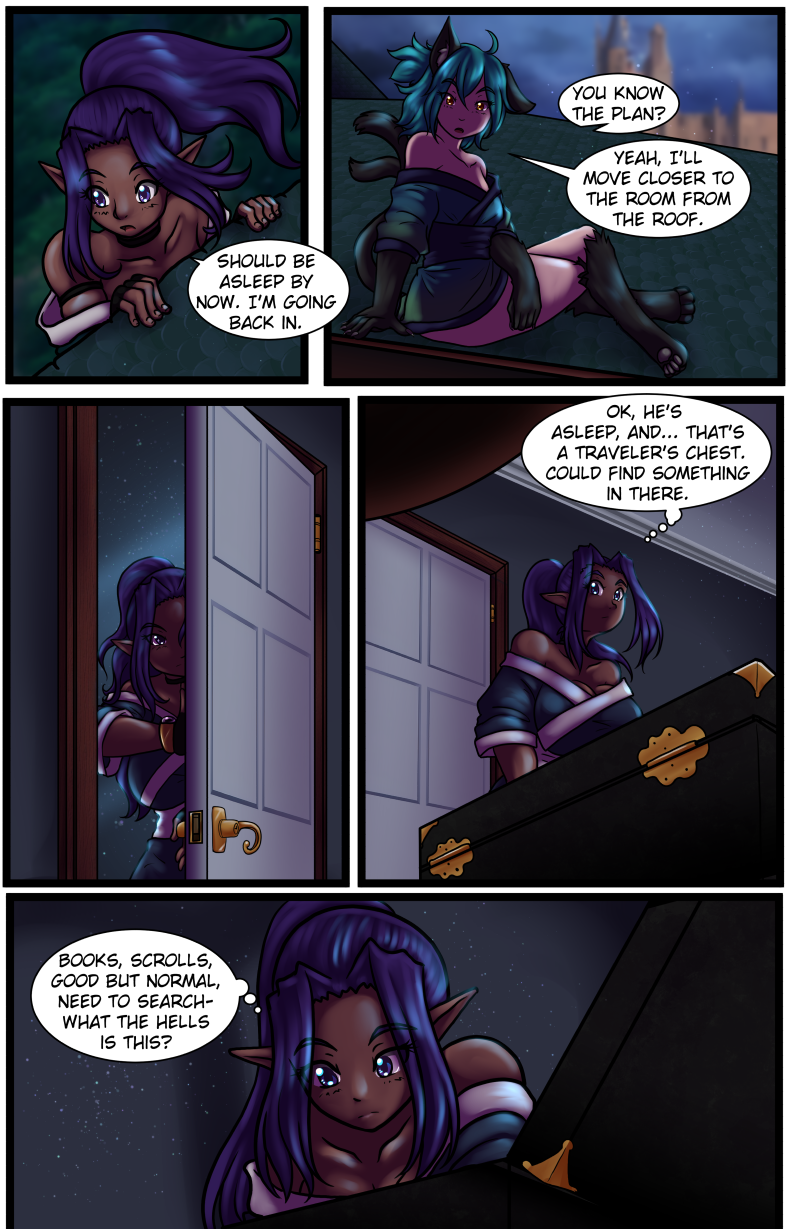 It’s not a treasure chest, but that doesn’t mean it doesn’t hold some kind of treasure.

Roof nekomata is watching you…

Thanks for the panels, Sage!

Anything different and unknown to the end-game level adventurer, is notable.

Nope, they are in a fantasy world, the Hells refers to the 9 levels of hell. Thus, The Hells, plural.

Nope, even If I did include something from D&D in this series or another, it’s under a different license than the OGL. Not that I need that license either since none of this is directly from D&D. I fully admit inspirations, but they don’t own that, and they never will.

Yeah they made a huge mistake. The truth is, D&D is only profitable and grows because of the players. There’s no advertising telling people to go make a group and play make believe goblin slaying with D&D! It’s all people who see other people sharing their games, sharing their stories, asking their friends. The game doesn’t work without that passion so the OGL was simply a way to make people feel free to use their work, and to spread it. It makes it easy.

Legally, we don’t need their permission at all. They cant copyright game mechanics, they can trademark special names for things, but how they work is not unique. They can’t stop people from playing RP games pretending to be Jedi, or Wizards in Harry Potter- and they cant stop people from using the Forgotten Realms, one of D&D’s biggest settings. There is nothing illegal about doing that either- until you try to sell it or use it for profit, and even then, there are openings to be allowed. D&D also has another agreement with people, which is based on Fan Art content. They allow people to create art related to D&D and such with some limitations, and they won’t come after you for it.

Legally, we can even make material to be used for 5e without their permission, and without their OGL, you just can’t include certain details and or charts from D&D and avoid certain words and creatures. You could say “In this battle, the group is up against 3 Octopus Headed Psychic Wizards, here’s some stats you can use- or, if you are playing with with a game like Dungeons and Dragons, you can use the stats for their Mindflayer creature.” It’s way more work, but it’s more legally acceptable. You can mention things from their work in your stuff, so long as you aren’t duplicating or using it as if it is your own.