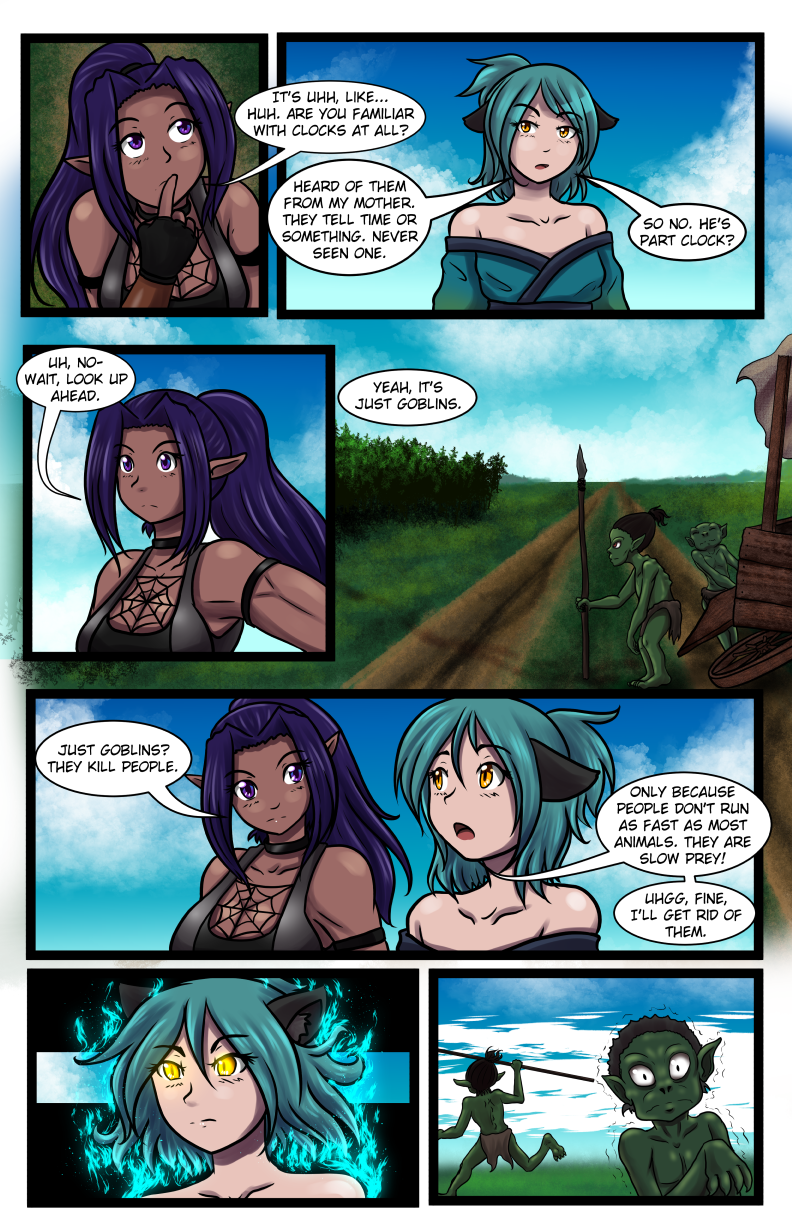 Intimidation. A quick thing to point out, Nyna has often been shown to not care about the lives of humans. She doesnt see them the same as other human like races see each other. Monsters on the other hand she gives acknowledgement to because she relates to them. The world of Rune Aria does not strictly use something like “Alignment” because to a monster, most other monsters, while they may not be allies, might have the same feelings or even morals or societies. Humans to them though, were creatures that slaughtered them without remorse, so those monsters capable of advanced thought felt a similar way towards humans, humans (and elves, dwarves etc) are just monsters to monsters.

Nyna makes sense, for a monster

Huh, I wonder what she’s doing…?

I am guessing intimidation or killing intent